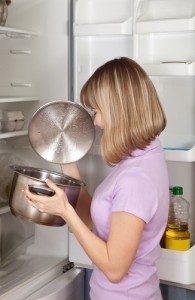 It was going to be my day. MY DAY. I had plans. Serious plans. Those plans included bundling up the kids and the hubby and sending them off for a day on the slopes. I was going to put thoughts of crutches and avalanches out of my mind (mostly, really) and just prepare for a day of peace and quiet. I even cleaned the floors and bathrooms yesterday so I wouldn’t have to listen to that little nagging voice telling me to get out the mop. And, to top it all off, I was going to be that mom, the one who prepares a meal from scratch that’s ready for dinner as soon as the exhausted troops arrived home. And this wasn’t going to be one of those meals that I throw together last minute; no, I was breaking out the crockpot.

The crockpot and I have a love/hate relationship. I love the idea of having a warm meal ready when I get home from work. I hate the idea of handling raw meat at 6:00 am when I am trying to get everyone ready and out the door. But today, I was prepared. Part Martha Stewart, part Emeril (Bam!), I was throwing stuff in that pot and I knew, just knew, it would be perfect and ready when the skiers arrived. After slaving over the crockpot for a good 15 minutes, I was ready for the rest of my day, which consisted of a good book and a nap. (Really, I deserve it, don’t I?)

I lasted about 12.4 minutes into reading before I blissfully drifted off. I remember my last thought being something to the effect of, “I am an awesome mom, and the house is going to smell delicious by the time I wake up.” So when I did wake up, two fabulous hours later, I noticed a distinct lack of cooking aroma. Stumbling to the kitchen, I look in the crockpot and find…cold chicken in an unappetizing mess of saucy flavorings. After letting out a few choice words (I was home alone after all), I realized that the cord to the crockpot was frayed and I was probably lucky it just didn’t work, instead of setting my kitchen on fire. Time to dump the now possibly salmonella-tainted chicken in the trash and head out to the store for a new crockpot and fresh chicken.